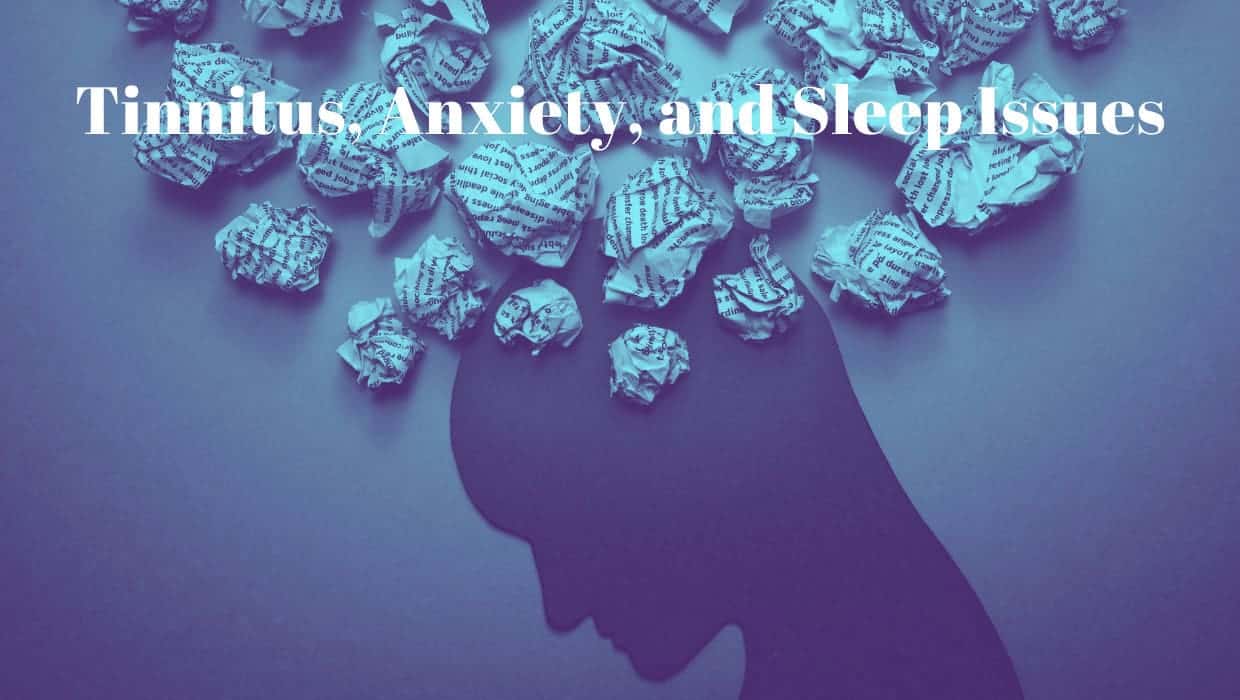 Candace Wawra
Hearing Health Provider and Owner at Hearing Wellness Solutions
Candace has been helping people with their hearing for more than ten years. She started her hearing journey working as an Audiology Assistant in a busy Ear, Nose and Throat office. Candace witnessed firsthand how she could enrich the lives of individuals and she found her passion. Candace decided to push further to learn. She received training from two Audiologists while she pursued and obtained her Missouri Hearing Instrument Specialist license.

Many of us have experienced some kind of temporary tinnitus in our lives, after attending a rock concert, motorcycle event, or otherwise spending time in an extremely loud environment. It can also be brought on by overconsuming coffee or other caffeinated beverages. In these cases, the tinnitus usually subsides a while after the event, but after enough times or over prolonged periods of moderate exposure, tinnitus can become permanent.

Constant tinnitus can bring with it anxiety and trouble sleeping. People who have it describe the experience as “maddening,” a constant tone that you can’t get away from no matter what you do. If you plug your ears, it might get louder. While it’s often accompanied by hearing loss, tinnitus can stand on its own as well.

Tinnitus and hearing loss are the two most common afflictions for veterans returning home. While the military provides hearing protection, many people who were on active duty from 2003-2015 were unfortunately supplied with faulty earplugs from 3M Company. A class-action lawsuit now provides remuneration for these veterans.

Tinnitus, Hearing Loss, and the Ear

About 15-20% of people have some form of tinnitus. It is most commonly a ringing in the ears, but can show up as a screeching or crackling sound, as well. The sound originates in the cochlea, inside the inner ear. The cochlea is a snail-shaped organ that is filled with fluid and lined with tiny, hair-like cells called cilia. The outer and middle ear work to deliver mechanical sound to the cochlea, and the cilia inside transduce (convert) this mechanical sound into electrical impulses that are transported to the brain.

When the cilia are damaged or broken, hearing loss is the result. Tinnitus is also a malfunction of the cilia, though we’re not sure exactly why it happens. Because it can be permanent as the result of a sonic event, or semi-permanent as a result of stress or inflammation, we’re not sure exactly what the state of cilia might be when they produce tinnitus.

Many chemicals that might be found in the workplace, household, or prescription medications can also produce tinnitus. There are over 1,000 chemicals, medications, and even herbs that are known to be “ototoxic,” meaning they damage the ears. Because the cilia are so sensitive, chemical problems in the body (even as a result of malnutrition) often show up as problems with hearing. We might think of our ears as the “canary in the coalmine” of our bodies.

Some chemical causes of tinnitus are temporary, and when the substance is removed from the environment tinnitus will subside. Other causes, like certain known life-saving medications, can cause permanent tinnitus or hearing loss.

Masking and Other Therapies

William Shatner acquired permanent tinnitus after an explosion on the set of Star Trek. Having tried every remedy imaginable, he has said that “masking” is the best treatment he has found.

Masking entails playing another sound to cover up the sound of tinnitus. This could be as simple as turning on a box fan, or as sophisticated as the ultrasonic masking tones provided by some hearing aids, which mask tinnitus without themselves being audible. Smartphone apps, alarm clocks and compact disc collections also offer sounds intended to mask tinnitus, or simply provide a soothing background to ease the mind’s way into sleep.

Some people have reported that acupuncture helps with their tinnitus. This seems to be the case when tinnitus is a stress response, not directly related to hearing health, though a catastrophic sonic event can also be the originator of the same type of stress response. Some people start to experience tinnitus after head traumas or other physical injuries that do not directly impact the ears, as well.

Consult Us at Hearing Wellness Solutions

If you are suffering from tinnitus, we’re here to help. Since tinnitus is usually accompanied by hearing loss, it could be that you have some as-yet-unnoticed hearing loss as well. It’s a good idea to keep track of hearing loss as it progresses, starting early in middle age, as hearing loss that progresses faster than normal can be a sign of an underlying cardiovascular issue.

Regular hearing tests also allow us to catch hearing loss early and make lifestyle changes that can prevent or slow further hearing loss. Depending on your situation, hearing aids might be an important part of dealing with tinnitus, so make an appointment for a hearing test with us today!