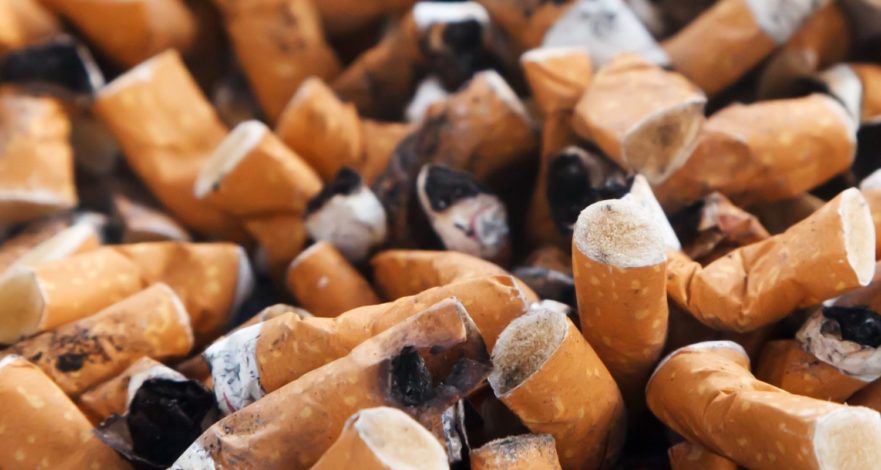 Are you a smoker? Well even if you aren’t and spend time with those who do, you still may be at risk for a host of health concerns. Secondhand smoke is a severe health issue, in part contributing to over 41,000 deaths per year. While infants and children are the most susceptible it can affect people of all ages, causing lung cancer, respiratory infections, and asthma. Alarmingly it doesn’t even take long for the damaging effects to take hold. Studies have shown that damage from secondhand smoke occurs in as little as five minutes causing arteries to become less flexible, similar to those who are smoking. Among the health risks which continue to be far-reaching and rapidly uncovered is hearing loss.

It’s easy and far too common to underestimate the health implications of hearing loss. What starts as small misunderstandings can quickly progress into a rift between friends, co-workers, and even your most intimate partnerships. Feeling of disconnect can spiral into feelings of inadequacy, depression, anxiety, and social isolation. As it progresses it has even been linked to higher risks of falls leading to hospitalizations in senior demographics and even an increased risk for dementia.

Alarmingly, this issue is not going away. It is estimated that currently 15 percent of the US population has hearing loss and the World Health Organization predicts that by 2050, 1 in 4 people worldwide will suffer! Part of fighting the risk of hearing loss is identifying the risks of hearing loss and educating the public about those risks. Besides protection from loud noises, there are several risk factors that people must be aware of. Smoking and secondhand smoke are one of them.

What is Secondhand Smoke?

This issue used to be much worse when smoking was permitted inside restaurants, venues, airplanes, and bars. Today it is a bit easier to avoid secondhand smoke unless you live or spend time around those who smoke—also known as passive smoke, secondhand smoke when you share the air with those who smoke. Even when you don’t feel the health risks, they are still very much present, increasing the risk of cancer, heart disease, stroke, lung diseases, diabetes, and hearing damage.

The dangers of secondhand smoke stem from the air pollution they cause. Even if you are not consciously inhaling cigarette smoke, in a nonventilated space you may still breathe in toxic gases such as hydrogen cyanide -often employed in the use of chemical weapons, carbon monoxide, produced by auto exhaust, butane – used in lighter fluid, ammonia – found in household cleaners, and toluene – commonly used in paint thinners.

Secondhand smoke is a serious public health risk that researchers have been able to link to an increased risk of hearing loss. One prominent study published in 2018 by the National Center for Global Health and Medicine in Japan used a cohort of 50,195 people between the ages of 20 – 64 without hearing loss at the beginning of the study. The test group included smokers and non-smokers who were observed over eight years.

Impact of Smoke on Hearing

Nicotine is an addictive chemical, which is also considered ototoxic, meaning it can damage the tiny cells of the inner ear which send sound to the brain. Nicotine constricts blood vessels which can restrict blood flow to the inner ear, while in conjunction with carbon monoxide, has the potential to disrupt the regulation of neurotransmitters, confusing audio signals to the brain.

If you smoke or spend time around those who do, it’s important to monitor your hearing. If left unaddressed it can quickly progress into serious health issues which can be far-reaching. Schedule a hearing exam today and stay on top of your hearing health!