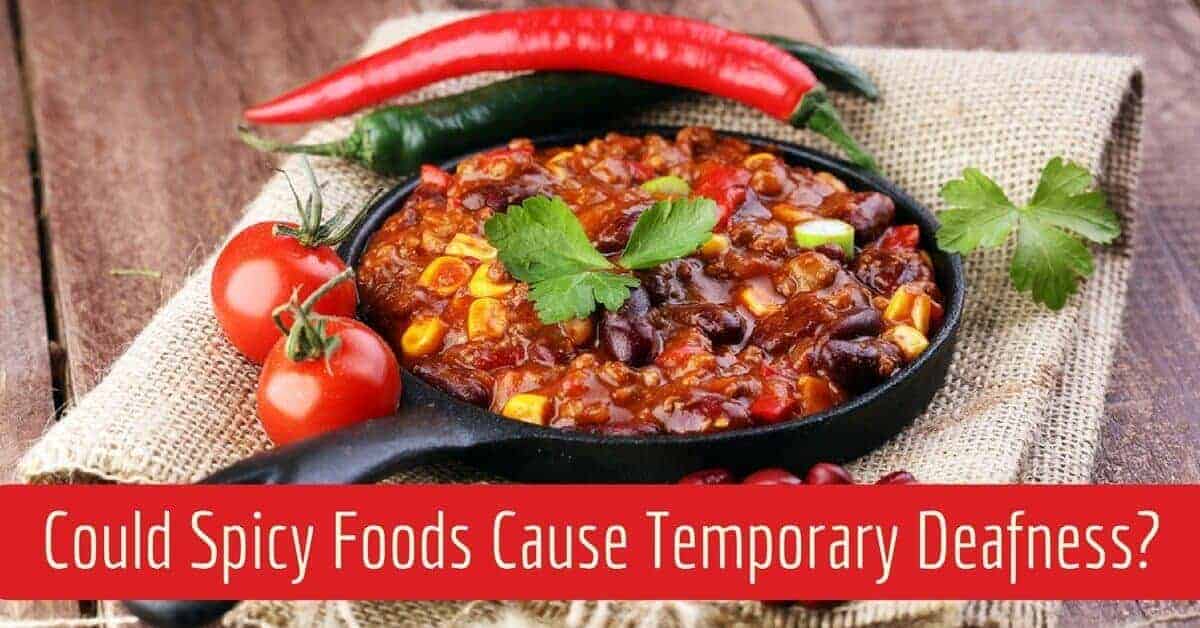 Candace Wawra
Hearing Health Provider and Owner at Hearing Wellness Solutions
Candace has been helping people with their hearing for more than ten years. She started her hearing journey working as an Audiology Assistant in a busy Ear, Nose and Throat office. Candace witnessed firsthand how she could enrich the lives of individuals and she found her passion. Candace decided to push further to learn. She received training from two Audiologists while she pursued and obtained her Missouri Hearing Instrument Specialist license.

The Carolina Reaper, the Trinidad Scorpion, the Naga Viper, the Ghost. You may be familiar with these names–some of the world’s hottest peppers–and you may have even seen a video of a “pepper challenge”, an extreme sport which has been growing in popularity in recent years. If you haven’t seen one of these videos, here’s the basic plot: a person tries to eat unbelievably hot pepper, and then pain and crying ensues!

Why would people deliberately inflict this pain on themselves? Whether a pepper challenge represents a test of strength, a way to earn bragging rights, or simply a chance to be famous for a while, there are health consequences that people may not be fully aware of when taking these challenges on. In some people, eating extremely hot peppers can occasionally lead to shortness of breath, vomiting, and even more extreme symptoms such as seizures. One video blogger recently experienced two minutes of deafness after eating “death noodles” in Indonesia, and captured the whole event on camera.

Which begs the question: could eating spicy food lead to short-term deafness?

“The pain went all the way up to my ears”

Berlin-based food blogger and chef Ben Sumadiwiria sat down to a bowl of noodles made with 100 bird’s eye chilis in Jakarta, Indonesia and started to eat. After a few bites of this dish, ominously called “Death Noodles”, Sumadiria realized that along with the overwhelming burning sensation in his mouth and face, he couldn’t hear anything at all. He tried running water over his head and drinking a milkshake to regain his hearing, which returned after two minutes. In the video, he says, “I can’t hear anything, man,” right before dousing his head in water.

Death noodles clock in at 20 million on the Scoville scale, which is used for measuring spicy heat. By comparison, the Carolina Reaper, which is the world’s hottest pepper, only ranks at 2.2 million on the scale.

Of the experience, Sumadiwiria said that it was the worst pain he’d ever felt in his life. He said,

“The pain went all the way up to my ears to the extent where they were blocked.”

What effect does spicy food have on the body?

Although there is not–as yet–a definite medical answer on why spicy food could cause temporary deafness, it may involve the complex connections between the mouth, throat and ears.

Capsaicin, the compound that creates heat in spicy peppers, irritates human cells and may have evolved for the plants’ protection against fungus. This compound causes irritation to our mucous membranes, particularly those that line the throat, mouth, stomach and eyes, which is why our noses run and eyes water when eating a spicy curry. As pain receptors in the mucous membranes react to capsaicin, the body increases its effort to protect itself from the compound by producing large amounts of mucous, in an attempt to form a barrier. It also releases endorphins to block pain, which can cause numbness in the mouth. This temporary numbing effect means that the compound in spicy peppers can actually provide effective pain relief, which is the basis for capsaicin-based muscle creams.

Ingesting unusually high levels of capsaicin can also cause blisters in the mouth and throat, which are an attempt by the mucous membrane to create a cushion that protect deeper layers of skin.


Spicy food could lead to temporary deafness for a few different reasons. The Eustachian tubes, which connect the throat to the ears, help to normalize pressure in the inner ear. When these tubes are blocked by an excess of mucous, which is created when you eat something spicy, these tubes can become blocked.

Dr. Michael Goldrich, an otolaryngologist at the Robert Wood Johnson University Hospital in New Jersey, says that after their Eustachian tubes had become blocked, “people would feel that their hearing was down. It’s the same phenomenon that makes the world sound wrapped in cotton batting when you have a bad cold.”

Dr. Sam Marzo, chair of Loyola Medicine’s Department of Otolaryngology and an expert in hearing loss, offers another explanation. Marzo says the hearing loss could be the result of overstimulation of the trigeminal nerve. This nerve, which supplies sensation and motor control to the mouth and face, also connects to the cochlear nerve, which is responsible for transmitting sound signals. The overstimulation of the trigeminal nerve alters the permeability of the blood vessels which provide blood to the cochlear nerve, and Marzo thinks this may be what happened to Sumadiwiria when he ate the spicy noodles.

“You are stimulating the trigeminal nerve, and that causes changes in blood flow in the cochlear nerve, giving you a temporary hearing loss,” he said.

The hearing loss should disappear when the stimulation lessens, but some blood-flow changes to the cochlear nerve can cause permanent hearing damage. Marzo advises seeing a doctor right away if the hearing loss doesn’t subside quickly. “If you are eating a food or taking a medication and you have changes to your hearing or your vision that don’t improve, get help immediately,” he said. “Don’t wait.”

In the meantime, whether you like your dishes spicy or mild, hearing loss is a common medical condition that affects nearly 48 million Americans. If you have experienced changes in your hearing, it is important to seek a hearing test and treatment. For more information, contact us at Hearing Wellness Solutions today!